Packeta doubled its turnover in 2020!

In 2020, Packeta group, the owner of Zásilkovna, doubled its turnover to nearly 2, 5 billion crowns. The number of shipped parcels increased by 114 %, which is nearly 40, 5 million.

Packeta group, which owns the prominent Czech logistics-technology company Zásilkovna, has recorded continuous and considerable growth in all crucial indicators in the year 2020. According to the preliminary numbers, the turnover of Packeta was nearly 2, 5 billion crowns, which means an increase by 100 % in the interannual comparison. From 2013, the whole group including Zásilkovna is in constant profit. The number of parcels was nearly 40, 5 million in 2020, which is a 114% interannual increase. The total value of shipped goods had reached nearly 49 billion crowns. The increase here was 71 %. For this year, the goal of Zásilkovna and the companies included in Packeta group is to reach a turnover of 5, 2 billion crowns and 70 million shipped parcels.

„The year 2020 was the most difficult year in the 10-year history of Zásilkovna. Since last spring and afterwards until the end of the year, we were constantly facing a very unstable situation due to the coronavirus pandemic. In March, we had experienced a day-to-day drop in revenues by 50 percent due to the closed pick-up points. On the other hand, the impact of the pandemic helped us as it helped the whole e-commerce sector, because people used the internet more frequently for the shopping of goods. This year, we want to continue in the further, substantial growth, strengthen in the foreign markets and gradually fulfill our vision of being a global platform for e-commerce.”

Zásilkovna will continue to expand its network of pick-up points, which will be in the form of increasing the number of retail partners, and also by launching its own automatic pick-up boxes. This form of picking up parcels is gaining more and more popularity among customers. For example, according to the data of the Association for Electronic Commerce, up to 45 percent of customers were using pick-up points before Christmas. In 2020, the number of pick-up points reached 5 843 for the whole Packeta group, 4 022 in the Czech Republic. The plan for 2021 is 9 000 pick-up points, 5 000 in the Czech Republic. In 2020, Zásilkovna significantly supported retail partners within its network of pick-up points, when it paid them nearly 200 million crowns in total from commissions for issued and submitted parcels.

At the end of September, Packeta launched Z-BOXes in the Czech Republic, contactless, self-sufficient pick-up points powered by a solar panel and controlled using a mobile application. Currently, 102 are functioning in the Czech Republic and 5 in Slovakia. This year, we are planning to considerably increase the number of Z-BOXes. The total number of Z-BOXes at the end of 2021 should be about one thousand pieces. Apart from the Czech Republic, we are also planning the installation of more Z-BOXes in Slovakia, and we will also expand Z-BOXes in other countries in Central Europe. 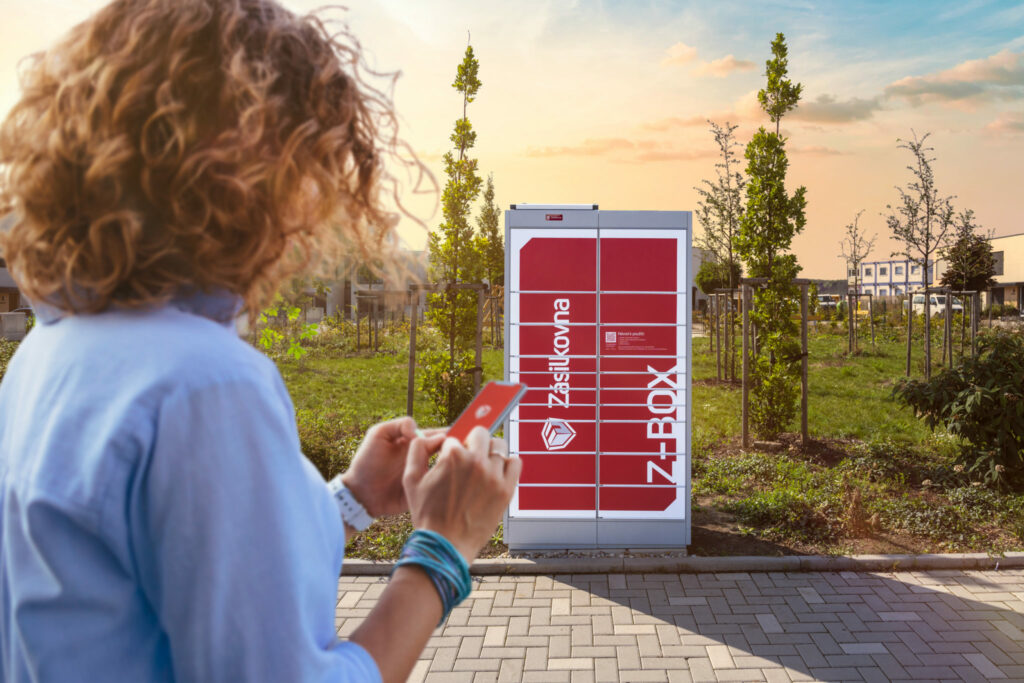 Last year, Packeta opened 10 new depots, and has a total of 27, 14 in the Czech Republic. Packeta group uses a fleet of 350 delivery trucks for the distribution of parcels to pick-up points and 110 trucks for shipping between depots, not only in the territory of the Czech Republic, but to all countries of Europe.

The service Between Us for shipping parcels between natural persons was also successful: the number of shipped parcels was 3 345 000, the number of mobile application downloads exceeded 1 000 000.

The year 2020 was also successful in other areas. Zásilkovna won the Crystal Magnifying Glass thanks to the most votes from the public in the category of e-commerce. Thanks to the support of the public, Zásilkovna won first place in the competition ZONKY INNOVATION AWARDS in the category Transport of Persons and Goods. Zásilkovna also won 3rd place in Deloitte Technology Fast 50 CE 2020 in the category Tech Leaders. In the same competition, it also won the outstanding 22nd place; therefore, it is in the top 50 of the fastest growing Czech companies with an increase of 448 % between years 2016 and 2019. Zásilkovna won first place in Microsoft Awards 2019 in the category Innovation and Modernization of Applications with the Use of Service Platforms in Cloud. Another achievement was gaining the award Best Managed Company, which is awarded by the company Deloitte in 20 countries worldwide and last year also in the Czech Republic for the first time. In the competition Sodexo Employer of the Year 2020 for Companies with up to 500 Employees, Zásilkovna won the outstanding 10th place.

Simona Kijonková on the Current

COVID-19: We Will Deliver to